Where You’ve Been and Where You’re Going…

There are times when I look back to when I first started training for triathlons. That was back on June 1, 2014. I was training for my first triathlon – the Captiva Tri in Florida. 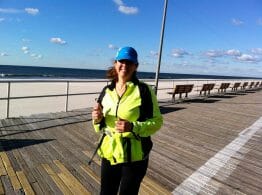 “It was the first time on a bike in years. I was a little nervous riding in traffic but the boardwalk was great.” Average speed: 9 mph

“I was having a really hard time. I’m thinking because I spent the day in the city and had already walked 6 miles. I guess I’m just feeling tired…” Run: 16:53 per mile 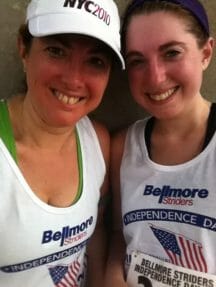 “I wouldn’t say this was a relaxer. There were 5 people in a lane. Mostly kids. I’m sure they weren’t thrilled when I went doggy paddling along. But when I went fast I felt like I was flying. I’m not sure what I’m doing after that clinic last weekend. I’m feeling confused about how to swim… but I feel like I’m going faster. Not sure.” Average yards: 2200 yards

“Thank u for believing me! I’m really feeling great that I was able to do this! The weather was perfect and I felt amazing. Loved this ride! I think I prefer going solo… then I can do my own thing…. :)” 33 miles 13 mph

“Obviously I had trouble today. My legs and feet kept cramping. The air was heavy and the cobblestone was rough to run on. At least I forced myself to get outside.” Average pace – 12:27 and 3.2 miles 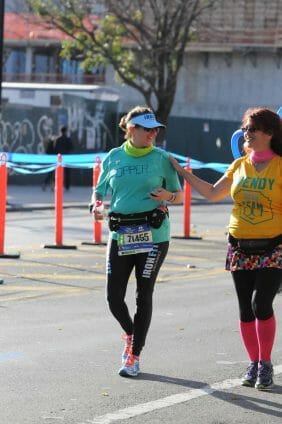 “I’m glad I did this. I found it very easy and a lot of fun, finally!!!! The first part was drills – shuffle, then cadence. On the cadence drills I watched my watch and noticed that I was at 155 to 170 during the drills. Then, after sneaking into the middle school just as they were about to lock the gate, I went over to the track.” 14.43 speed Ran 5 miles

“I wish I had done this at Heck because it’s a loop. Whenever I got to the end, I would exit and circle the parking lot but I’m sure that threw off my numbers because I was going slow to make those turns.” 14.7 mph

Although I think, have I really come that far, I have and a good way to look at this is to look back at where you were. Then you get a clearer picture of where you are going. Happy Training!