When I asked the NY TRI EXPO ’16 steering committee for ideas on a potential candidate to be honored at the event, my coach, Danielle Sullivan of Iron Fit Endurance, told me that I should read Matt Long’s book, The Long Run.

I really didn’t know anything about Matt Long and on a whim, took her up on her suggestion and ordered it on Amazon. The book arrived the next day, thanks to my Prime membership.

I took the book out and started reading it immediately. I didn’t read the back cover so as I was reading the book, I became completely entrenched in the life of Matt Long.

Matt was a NYC Firefighter and was at the towers during 9/11. Thankfully, he and his brother, Jimmy, also a Firefighter, wasn’t hurt.  But he did talk about what happened and about the people who he knew who died that day.

He was also a marathon runner and ran the NYC Marathon in just over 3 hours. He qualified in 2005 for the 2006 Boston Marathon, which is a very hard feat and one that many marathon runners strive for.  Boston is a prestigious marathon and the first one to be held in this country. In addition to being a runner, Matt Long was also an Ironman and had completed Lake Placid.

And, he was an entrepreneur, owning several bars in NYC including the infamous Third & Long, which I often frequented during the days that my firm, HJMT PR, represented the NYC Fire Department by organizing their golf outings.

Matt had everything going for him.

His life-changing experience happened during the transit authority strike in 2005.  He had to get to work, it was freezing outside, and he had no way to get there but to ride his bicycle.

As he was riding his road bike in Manhattan and making a turn, a 20-ton bus ran him over.  It took a long time to get him out from under the bus and he was in critical condition.  The doctors didn’t think he would make it through the night. But he did.

It seemed like everything was broken on this man from his pelvis to his shoulder. The bicycle tore him literally open and he had so much blood loss. 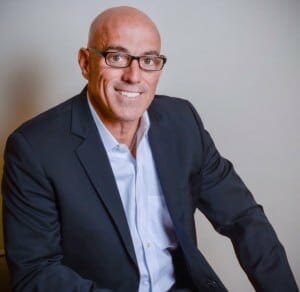 After 40 surgeries and being in the hospital for five months, he was released with one leg longer than the other, a colostomy bag and could still barely walk. His doctor had told him he’d be lucky to ever walk again without a cane. He was a mess both mentally and physically and started to get angry at the world and people around him, including his little brother who came to live with him during his rehabilitation.

Then one day, Matt Long’s life took another change. Other people who had been through bad situations opened his eyes.

Matt Long started to do something about it. He went out to Phoenix for winter and enrolled in a physical therapy center where the PT’s retaught him how to run. He longed for running and missed it so much that he was willing to feel a lot of pain to get to run again. And he did. Within months of treatment, he was able to run a mile and built it up every day.  Finally when he went back to NYC, he used other PT’s to help him work on various muscles so that the run would be easier. Eventually, he ran the NYC Marathon yet again in 2008.  This time not coming in as fast, but doing it.  A couple of years after that, he did the Lake Placid Ironman and came in to be called an Ironman!

This book was incredible. It was a very quick read, well-written and was engaging.  As I read this, I felt as if I were a fly on the wall in his hospital room, his rehab facility, apartment, at the NYC Marathon and Lake Placid with him. It was that encompassing.

It sent a powerful message to me that if you set your mind to doing something, no matter how hard or how difficult it is to do, you can do it.

Matt Long is the epitome of the sport of triathlon. He had the drive, the determination and the stamina to recover as best he could from a horrific accident and do what he always wanted to do, to run distances and swim, bike, run.

I loved the book and highly recommend it.  And, by the way, after reading the book, Danielle Sullivan put me in touch with him.  Matt Long will be honored at the NYC TRI EXPO ’16 on March 19 at 5 pm.  He is a true testament to the sport and this honor is truly deserving!