Throughout my triathlon journey, I have tried some very expensive wetsuits that cost in the range of $1,000 to $1,500. Recently, I sampled the women’s Vanguard 5.0mm Yamamoto SCS Wetsuit made by SUMARPO. The cost of the highest-end wetsuit was just under $400. When I was approached by the company, I was intrigued to give it a try. 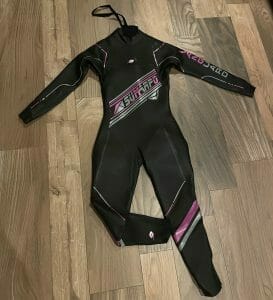 Here are the features of the wetsuit:

SUMARPO was first developed in the United Kingdom in 2008. The team had a strong design studio background to craft the gear triathlon professionals need to succeed. After twelve years of design and testing experience, they developed suits for every type of triathlete. Los Vacation purchased the company in 2018 and SUMARPO moved to Southern California in 2019.

Taking it for a test drive

The SUMARPO wetsuit was incredibly comfortable. I thought I would have issues with the neck, it felt tight. But once I got into the water, I didn’t feel it.

In the water, I really felt the buoyancy. I could feel myself glide. As for rotation, I found it was spot on wearing this suit.

The grooved panels on the arms almost felt like paddles. They definitely gave me more of a pull.

Although there are much prettier wetsuits on the market, the SUMARPO is built for performance. And, it definitely performs!

As for taking it off, I laughed at how easy my legs slid right out. I was thinking that this would work well for a triathlon where I needed a long sleeve wetsuit and I plan on wearing it to the Mighty Montauk Triathlon this weekend.

I was very impressed with this suit and I look forward to continuing to wear it as the weather starts to turn.

What I learned here:

You don’t have to buy an expensive suit to get performance. Sometimes off brands have better performance than popular brands. If you are looking for a durable, inexpensive wetsuit that performs beyond your expectations, check out SUMARPO. They have a variety of wetsuits with variations in buoyancy and warmth.

Go to https://www.sumarpo.com/ to learn more or to purchase a product.

This one gets a 5-star rating in my book! The more I wear it the more I love this suit! 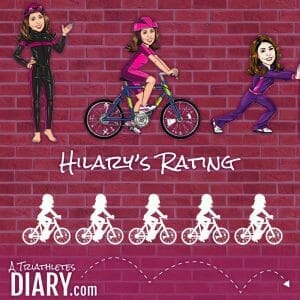