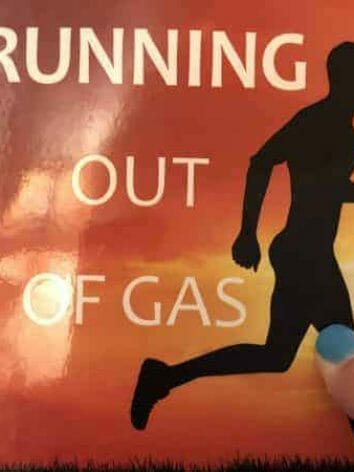 Book Review: Running out of Gas by Scott Ludwig

At one point or another, all runners think they are “running out of gas.” But, in fact, something keeps on pulling us back in to run more, longer, and harder. Scott Ludwig’s new book, Running Out of Gas – A Lifelong Runner’s Take on Slowing Down, is a diary of a ultra runner.

In the prologue, Ludwig explains that since he started writing the book in February 2013, he had already run every other day for more than 34 years, “accumulating 130,000 miles and completing over 800 races.”

Although this is my first read with this author, Ludwig is a writer and has been writing about running for years.

The book, Running Out of Gas, takes the reader on a journey. You actually feel like you get inside Ludwig’s head. Every month from February 2013 to April 2017, you experience his experiences.

Ludwig is a fast runner. He qualified for Boston and one of his fastest marathons was a sub-3 hours.

Although I have a different mindset than Ludwig, I did appreciate his humor. One of the points he made early on was, “I’ve done a lot of things in my life. When I stop and think about it, I realize I did it because I wanted to write about it.”

If you love to run, then reading this book will take you on an interesting journey as the author runs many different marathons and ultras throughout a four year span.

The book is available via Amazon or through Meyer and Meyer Sports.