At this time last year, I set a goal to run 500 miles. I tried to set a realistic goal of 10 miles a week. This way, I would be consistent and stick with running the entire year. After running two half marathons in the beginning of the year, I was more than half way done but when I got into triathlons, I found that I wasn’t running as often and by the time October and November came around, I still had a long way to go.

At first, I was nervous. I didn’t think I would do it. But then, as I always do, I set my mind that I needed to get it done and did it.

The last 13 miles was important to me. Since 13.1 represents a half marathon, I wanted these last miles to count. Here’s what I did: 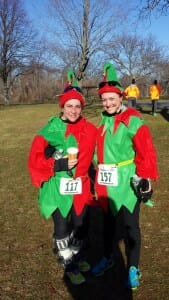 Mile 13 – I ran with my triathlon partner, Marti DiPaola, dressed as elves singing Christmas carols.  It was an interesting sight to say the least and we sang the all-time favorites – Jingle Bells, 12 Days of Christmas, Hava Nagila and the Dreidel song. Toward the end of the run, we could barely sing, much less talk! 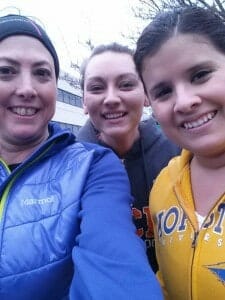 Mile 10 – I ran a mile around my building at Greenway Office Plaza in Melville with Mary Austin (senior creative director) and Elizabeth Montoya (senior account executive) of HJMT PR. They wanted to run a piece of my journey with me and it really was special!

Mile 9 – I ran a mile and swam 50 minutes at the Recreation center in Long Beach. While I ran the one mile on the treadmill, I noticed a former school psychologist on a cycle machine behind me. I couldn’t help but think about the time he didn’t want to put my son in LARK (gifted program) because my son failed the IQ test given at the school. When I took him to a private psychologist a few weeks later, he had a genius IQ and he was forced to put him in the program. Boy, what a hard time he gave me. (Thinking about that experience made me run faster!)

Mile 8 – I ran four miles on the treadmill and reflected back to all the amazing people I have met this past year. There are way too many people to name here, but I know you know who I’m talking about.  I’m so glad that I had the opportunity to meet all of my new triathlon and running friends and look forward to a long relationship to follow! 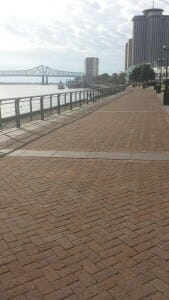 Mile 4 – Ran along the Mississippi River in New Orleans.  Since it is only .75 one way, I had to run it a couple of times. It was a beautiful run. I passed the Aquarium, the Holocaust sculpture, the salute to the immigrants sculpture, a bunch of homeless people and some steamboats. I only wish that there was a concrete path instead of a brick path! 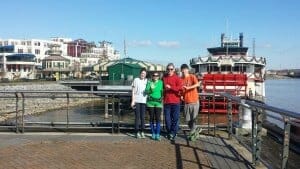 Mile 1 – The last mile, I ran with my family. We all set out Christmas morning and went for it. I ran alongside my daughter. My husband and son stayed together. It was a joyous experience because I started this journey with them and ended it with them too.

500 miles wasn’t easy, but it was doable. I hope that through my 500 miles I may have encouraged others to follow. I would love to hear your experiences and thoughts for a goal in 2015… Thanks for reading!