Have you ever thought about setting a goal? I’ve set goals in the past but weren’t always able to keep them. This year, I was determined to set and complete a goal in 2014!

It’s been a year of challenges. And, it’s been a year of accomplishments. Back in December 2013, I was away on vacation with my husband and two children in Puerto Rico. As I sat and watched the beautiful sunset into the water, I thought about my goal for 2014.

When I thought about running, I looked at what others were doing.  One of the winners from the Biggest Loser set a goal of 12 Half Marathons in 12 months. Could I do 14 in 12 months?  Nah…

What others goals can I actually accomplish? Then I thought why not be more consistent with my running? How about if I try to run 10 miles a week?  It doesn’t sound unreasonable, does it?  I approached my husband and children.  They thought it sounded doable.  So I set out to do it. 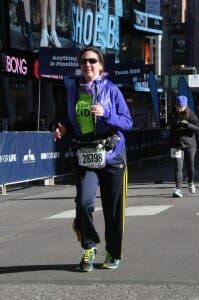 In January, I signed up for the NYC Half Marathon. Between running four days a week with the long ones on the weekend, I was racking up the miles. By the time I did the Brooklyn Half Marathon, I was more than halfway done. I was getting emails from colleagues and friends to set the bar higher.  But again, I didn’t want to be unrealistic. I knew that I would get injured or get distracted and wouldn’t be able to be as consistent as I had been. 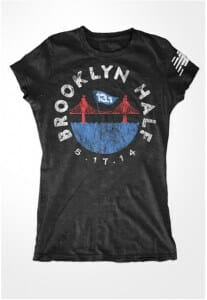 After the Brooklyn Half in May, my running partner, Marti DiPaola and I decided to do a triathlon. How hard could that be?

Wow, I was shocked when I got started. I didn’t think I could do it.  I joined a team of people who were all experienced triathletes. I felt inadequate and doubted myself. But I pushed forward. I wasn’t going to let any of these feelings get in the way.  I knew that if I set my mind to something, I could accomplish it – no matter what!

I learned how to swim from June through September. I swam when I was a little girl at Camp Mikan/Recro. But I was eight. That was a long time ago. My extent of the water was going in to cool off and coming out. I would linger a little longer in the hot tub but that was it! I hated getting wet! So this was my first battle to overcome.

Then there was the bike. Between learning how to shift gears, which I never did before to figuring out how to go uphill without rolling downhill, was an experience! I hadn’t ridden a bike since I was in my 20’s and really didn’t know what I was doing.  So when my coach told me to go 90 RPM’s, I had no idea what he was talking about! And, how did he expect my heart rate to go up??? 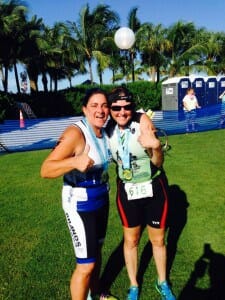 When September came, Marti and I were on a flight to Ft Myers for our first Triathlon in the Captiva Tri. I have never been more anxious in my life! I was a mess for a week before the race. Even the day before the race was anxiety producing because the water was so rough, I could barely swim. But the day of the race was amazing! I couldn’t believe I was actually doing this. I could do this. I called my coach right after the race to thank him for his support. 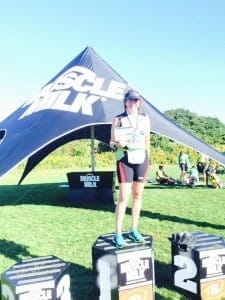 Two weeks later, I decided to do the Montauk Sprint. I’m not sure why. I guess I had to prove to myself that I could do this sport. That race was a totally different experience from the Captiva Tri.  For starters, Captiva had nearly 1000 people. I felt as if I were on the Tour de France. There were less people in Montauk but just as awesome. The swim didn’t start well but the rest of the race was incredible. The funny thing about the Mighty Montauk was that I actually placed first in my age group.

By October, I didn’t think I would run my 500 miles.  Everyone kept telling me it was okay and not to worry about it because I did two halfs and two sprint triathlons, but I was concerned.

Love to hear about your experiences.  Please share on my blog. Thanks and have a happy and healthy New Year!