“Go out the back and down the hill,” the concierge told me. “Right before you get to the bus stop, you will see signs. Make a left and walk up the stairs and you will be there.” 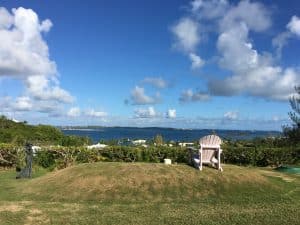 I headed out. I started with a gentle walk. I didn’t put my timer on.

As I was heading toward the trail. I saw the hill. It was pretty steep. I went down it with a shuffle. I kept my feet close together and the hill kept going. It went down and around at a steep angle with no sidewalk. Every step, I kept turning my head to see if a car was coming.

At first, I kept wondering where this trail was anyway. I stopped one of the pink vehicles that drove around the premises. “Keep going,” the driver told me. “It’s a long way down the hill.”

I had got the impression that it was pretty close from the concierge. But, I kept on going as instructed by the van driver.

I finally found the steps leading up to the trail. I went up. By the time I reached the top, I was exhausted. I saw a jogger. I stopped him.

“Is this the rail trail?” I asked. “Is it relatively flat?”

I continued. I passed a couple of people walking dogs. I also passed some stray people walking. After crossing some roads and going deeper into the trail, I noticed that the trail started to have overgrown grass and weeds that practically touched my knees. I ran through it. I started to freak out.

“Am I going to get a tick bite?” I wondered.

I was getting myself crazy. Then suddenly, I could see a cat in the distance. Was it a cat? Or was it something more than that? The cat’s eyes starred me down and between that and the ticks, I was saying, “I’m out of here!” 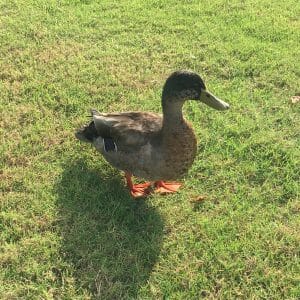 I ran back quickly. I wanted to get away from the so called cat (or tiger or cougar or whatever that creature was) and all the ticks. I had to go up the hill back to the hotel. Up and up I went. I couldn’t run it, it was way too steep. As I was walking, I passed a woman who worked at the hotel.

“Wow, this is some hill,” I said to her huffing and puffing.

I started to think about what she said. She was right. The more hills the stronger I’ll get and yet, when I had the opportunity to do this trail again, I opted out.

I later found out that there are no ticks on the Island and nothing more than house pets. I felt a little embarrassed!

If you want to know more about my trip to Bermuda, where I stayed and what restaurants I would recommend, please subscribe to www.nylifetstyleblog.com/subscribe.