What’s up with these body markings?

When I first started competing in triathlons, I couldn’t understand the whole concept of body markings, let alone that the race directors put your age on the back of your leg with a sharpie or a removable tattoo, that was hard to remove!

As I scrubbed and scrubbed the markings off after the race, I complained to myself that this whole process just sucks! 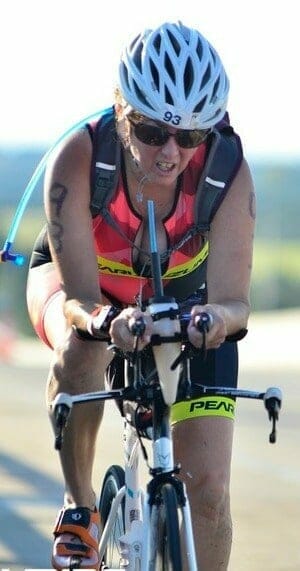 One day, after my last race in Smith Point, I decided to ask the experts from US Triathlon. Charlie Crawford, the commissioner of officials explained:

“Body marking” is merely the method by which we apply swim numbers.  Article 3.4f Race Number requires that the assigned race number be visible throughout all portions of the race, so marking the body is an effective way to comply with the Competitive Rules during the swim.

‘What happens when one wears a wetsuit and the number is covered?’ That is the follow-up question, and the answer is that we want to see the swim caps clearly marked as well, and the swim cap then serves as the location for the swim number.

Age marking on the leg is actually not outlined in the USA Triathlon Competitive Rules.  Some participants want to be able to identify whether athletes out on the course are in their same age group; however, it is not required by the rules. In fact, extraneous numbers like an age on a participant could lead to an official mistaking it for a race number.”

So there you have it.

So where did this all come from if it didn’t come from the official rules?  And, I wonder what would happen if I didn’t get marked, just like I don’t give out my social security number in doctor’s offices. What do you think?