A Race for Patrick…

Colleen, one of the members of Team Galloway LI, approached me and told me that there was a race in Babylon, sponsored by the Post Office Cafe that raised money for the National MPS Society. 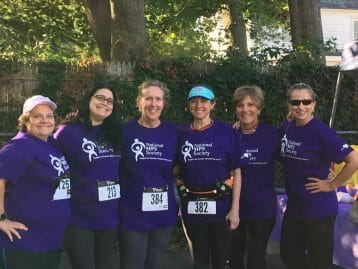 The National MPS Society focuses on mucopolysaccharidoses (MPS) and mucolipidosis (ML), genetic lysosomal storage diseases (LSD) caused by the body’s inability to produce specific enzymes. According to the website, “the missing or insufficient enzyme prevents cells from recycling waste, resulting in the storage of materials in cells throughout the body. As the disease progresses, there is widespread damage throughout the body, including the heart, bones, joints, respiratory system and central nervous system, leading to a shortened lifespan.”

Colleen told me her son, Patrick, who was 7, passed from this disease, nearly 20 years ago. The owners of the Post Office Cafe, the Lessing family, hosts this event every year in memory of their son, Mark and daughter, Casey.

Since one of our goals at Team Galloway LI is to support each other, I thought it would be a great run to do as a group.

I didn’t really know what to expect of the race. I drove to Babylon with Merrill, another members of Team Galloway LI.

When we arrived, we were both impressed with the organization of the run.  We had six or seven members who came out to support the run and the bunch of us ran through the streets of Babylon for 3.1 miles. 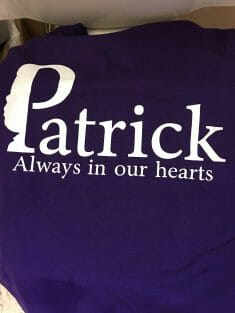 It was a beautiful course! We passed waterfront where gorgeous boats docked. We passed multi-million dollar homes. We passed an adorable, quant town. And, we passed lots of crowds cheering for the runners.

The race was flat and fast. There were plenty of water stops and the course was easily marked.

Following the event, there were vendor booths and raffle prizes.

The highlight for me was when Patrick’s grandpa and one of our Team Galloway LI members, Linda, (who, by the way, he never met) got up and sang, “God Bless America.” He sang it beautifully and as I looked around, everyone had a tear in his/her eye!

It was a beautiful day and a great race to honor the memory of Patrick, Mark and Casey. Even though I never met either one of them, they inspired me as they did everyone else there to keep moving forward and continue to support people in need.

Because that’s what it’s all about, isn’t it?