It’s been a tough spring…

I gear up in January for a fantastic season and then…BAM…everything changed. 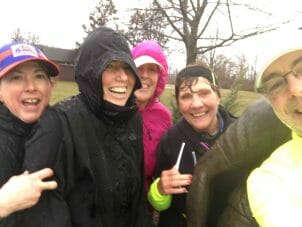 First I had to cancel the Shape Half Marathon. This is a race I wanted to do for two years and both years something prevented me from doing it. What I loved about the idea of the Shape Half was that it was 1) located in Central Park in NYC and 2) it was an all-women’s half marathon. I also love Shape Magazine so I was psyched and I geared up Team Galloway LI to run this race too. We even ran 14 miles in the pouring rain in preparation for it, which was a good thing because it of course, rained that day!

The team did great at the race. We had four women representing us and one of the women, ran her first half marathon that day! I was so proud of the team!

The other race I was psyched about was, St. Anthony’s Triathlon, which I had geared up for with training set by my coach, Danielle Sullivan of Iron Fit Endurance. St. Anthony’s is one of those races that, if you are a triathlete, you want to do at least once. It’s one of the longest running triathlons out there and I raised more than $1,700 for Leukemia and Lymphoma Society to get there! I got donations from so many people in support of my efforts to help this amazing non-profit accomplish their goals, that it drove me harder to train and I was hoping to do a PR on this race. 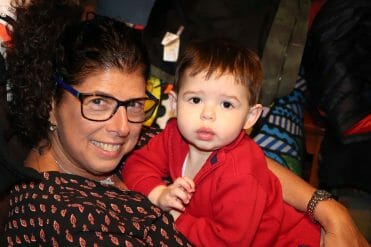 However, everything came to a complete halt on April 9th, when my sister, who I talked with hours before, was rushed to the hospital. She was in a coma. My sister had been complaining about headaches the week before, but no one thought anything of it, including the doctors. They thought it was just migraines, nothing more.

Turned out, my sister, Lori, had a massive stroke and aneurysm, which lead to 80 percent coverage in her brain. The damage was done but the doctors convinced us to have the brain surgery in hopes of a more promising outcome. Sadly, that wasn’t the case and Lori, was still on a hospital bed in ICU for exactly one month.

Interestingly, Lori and I celebrated our birthdays on the same day and when April 25 came around, her daughters decorated her room with the big 60 all around and we sang “happy birthday” to her. (Me and everyone else pretended it wasn’t my birthday this year.) I was hoping for a steak and sushi dinner at Blackstone’s, but instead we sat and cried in Palliative Care. We knew the end was near and inevitable.

Nearly one month later, she died.

The races that I thought were important to me, weren’t important any longer. The training that I enjoyed now became a torture chamber for me as I tried to enjoy, all I could see was my sister lying in a hospital bed with tubes coming out of her head, her belly, her arms, everywhere. It was so disturbing.

A week after the funeral, my husband’s family had scheduled a cruise for all of us to go on. I wasn’t going to go. How can I enjoy something after my sister went through all of that, but after some convincing from my family and friends, I decided to go. Ten days on the sailboat and another five days on land and in that time, I started to come to terms and started to deal with what had happened.

I’ll never understand it, but I can try to accept what happened and move on. 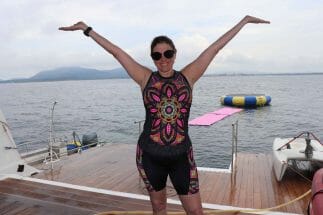 I start reading posts on Facebook about people getting upset that they can’t get in their training or they fear the training or they had a minor setback and I keep thinking, does any of this really matter?

Does anyone really care if you complete an Ironman or a half Ironman? Why do you do it? Is it to prove something to yourself and others? Is it the thrill of the podium? Or, is it that you feel so insecure that you think by accomplishing this you will feel better?

I’m starting to rethink my season now after all of this has happened. There are things in my life way more important than competing in a triathlon or even running a marathon. I do this for fun. I don’t do it for the competition. I do it to compete against me and me alone. I do it to get healthy. I do it because I love it.