In April, I sold my home of 20+ years. It’s now August and the past four months have been challenging to say the least. We went into contract with three of the four houses that we wanted to purchase in North Merrick, a Long Island community nearly 20 minutes north of where we lived in Lido Beach, NY.

When we finally had an accepted offer on the last house, we thought smooth sailing, but it was none of that. Every day, it’s been hills and descents. The owner needed to finish the work, he didn’t. The owner needed permits, he never applied. The list goes on and it becomes all a tangled mess like a spider web and yet, because we loved the house and didn’t have a choice to get another one, because there was no inventory, we were stuck in this hilly ride that we didn’t want to go on.

The other day, I went to SUNY Old Westbury to ride. A lot of people go there to train because it has steep climbs and descents. It’s a good place to train and get stronger on the hills. 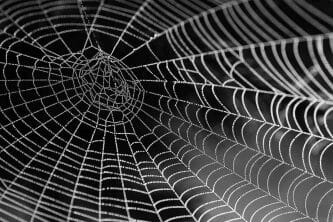 I didn’t want to go. I went twice before this year with my coach once and my friend, Laura. I had never been there alone. I was supposed to meet another friend, but it didn’t work out. So, I was at SUNY Old Westbury by myself, ready to ride and conquer the hills alone.

Looking back, I’m glad I did.

On that ride, as I was going up, struggling, I realized that these hills were synonymous with the house hunting journey. Just as I thought things were going my way, I would approach a huge descent that would take me on a road that kept going down, and then, I would have to pick myself up by climbing up another hill.

As I rode, I kept thinking about how these hills represented my life. A couple of miles into the ride, there was another hill (there are hills throughout but the last one is the largest climb). As I climbed going 5 miles an hour, I was attached by massive amounts of bugs. They covered my entire body. They covered the lenses of my glasses and I couldn’t see where I was going. Scared to take my hands off the aero bars, I quickly tried to brush them away but they kept coming back. I was going too slow and they just clung to me.

Another realization — there’s been way too many people (bugs) that just wouldn’t let me do what I needed to do, to climb back up hill. They kept pushing me down, pushing me back and at points I was blinded by what was going on and couldn’t see passed it.

I only rode those hilly loops twice that day but when I got back to the car, I realized that I can do this. I am strong both physically and mentally and I can get through this. And, at the end of the day, things will work out.