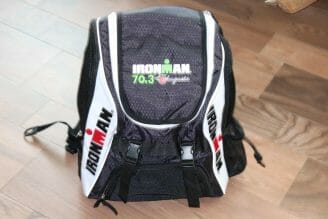 This isn’t the first time I’ve signed up for an Ironman 70.3, I signed up almost two years ago when DelmoSports took over Atlantic City 70.3. I was going to do it with a group of friends. But, from the moment I pulled the trigger to sign up, I regretted it. I wasn’t ready. I wasn’t physically or mentally ready, so I backed out. I lost the money and I lost a few friendships over it, but I had to do what I had to do. Why should I race if I’m not ready to do it?

The entire time, I was so incredibly nervous. I couldn’t think of anything other than, I can’t do this…

DelmoSports was gracious about it and offered me another race instead, it wasn’t the same dollar value but I accepted. (By the way, I did take insurance but since nothing was wrong, I opted not to get it back.)

Last year, was a bit of a triathlon wash. I moved out of my home of 20 years and that whole fiasco took most of the summer. I did race Smithpoint, an EventPowerLI race, which I loved. It was flat, fast and fun! Oh, and I also did MultiSports’ Miami Man, which was a blast but it was late in the season. 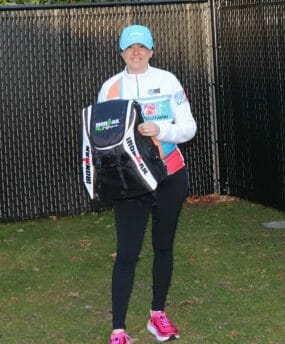 I thought long and hard about the training and decided to ask Ironman Organization which race was a good race for a beginner.

I would say IRONMAN 70.3 Augusta is a great event for first timers. That’s where we see a pretty large number of first timers.

I asked, is there a cut off time?

The race will officially end 8 hours and 30 minutes after the final athlete start. Aid station stops, transitions, etc., will be included in your total elapsed time. Splits will be recorded for each segment of the race.

The following cut-off times apply for each segment of the race:

Bike- 5 hours and 30 minutes after the final wave start.

I discussed it with my coach, Danielle Sullivan of Iron Fit Endurance. “What do you think?” I asked. “Should I do this or Miami?”

“You can do this!” she said. “It’s 1769 feet of rolling hills but if you practice in Riverhead and other places, you will be fine.”

So, I did it. I pulled the trigger.

And, you know what? I’m not nervous, well, maybe a little… And, I’m totally grateful for my teammate on WeRTriathletes, Nicole Thomas who will be joining me down in Augusta as my “sherpa,” and for that, I’m truly grateful. 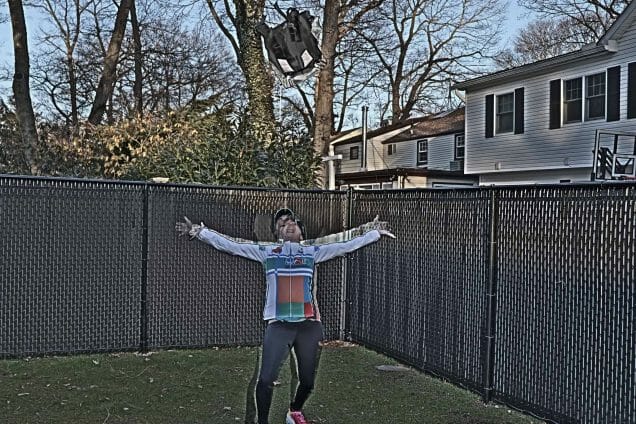