When I first saw the trailer for the Tri Movie, I got excited. Finally, a story of a couple of newbie triathletes and what they go through before they do their first triathlon! 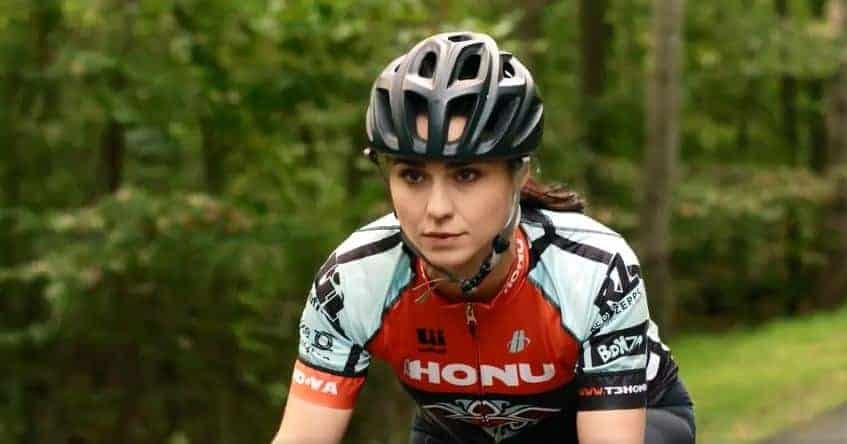 But when I saw the TRI movie at a cinema in Bayshore recently, I realized the movie was much, much more.

The story focuses on Natalie, played by Jensen Jacobs, an ultrasound technician at a local Washington DC hospital. One day, she was giving a patient a sonogram. The patient, played by Shawn Pelofsky, told Natalie that she needed to get out more. “Have you ever considered doing a triathlon?”

After watching YouTube videos on Julie Moss, Natalie got inspired and told her friend, Skyler, played by Walker Hays, that she wants to do a triathlon.  “You never complete anything!” Skyler said to her. But agreed to do it with Natalie.

Next you see a series of very funny scenes of Natalie and Skyler training — from being at the pool at 5 am where they both look at each other and say, why are we doing this? to buying their first road bikes. 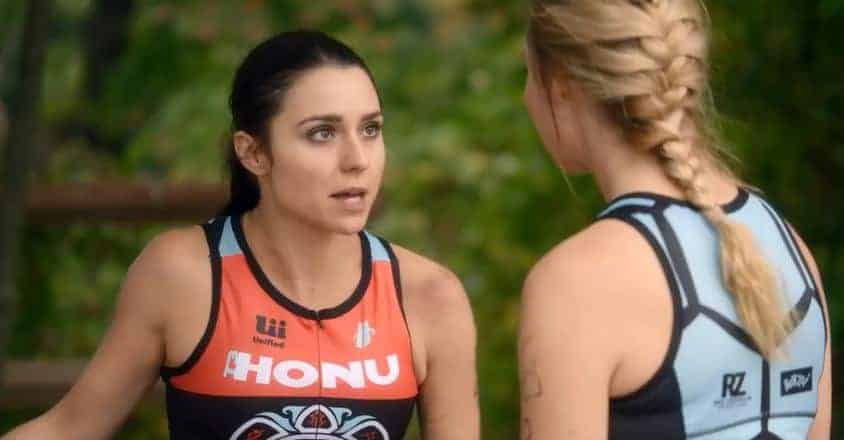 It really was a true depiction of what happens during training and reminded me of my first time doing a triathlon. The scenario was similar. My friend, Marti, and I had done a few half marathons. After Brooklyn, she said to me, “I’ve done enough,” I said, “Well then, let’s do a triathlon!”

From buying our first bikes and clipping in for the first time, to swimming in the open water and running up hills, it was all a series of mishaps. This was all played out in the movie.

In addition to Natalie and Skyler’s training, there were two other side stories. Natalie’s patient organized races including the Nation’s Tri, held in Washington D.C. This was the big race that Natalie and Skyler complete at the end. (Interestingly, my tri-team, All Women’s Tri Team and Marti were also at this race.)

The other side story was a woman, Christy, played by Kelly Spitko. Christy was in remission from cancer. She was an age group athlete who had won lots of achievements and she was just getting back to into triathlons.

I asked the writer/producer, Ted Adams, why there was so much cancer in the movie. He responded, “the first TRI team I was on was Team in Training. It’s a program that supports the Leukemia and Lymphoma Society. My father died from multiple myeloma and I joined TNT to honor him. Many of the stories in TRI were inspired by friends and cancer survivors I met on TNT and on my current team, T3 Honu.” 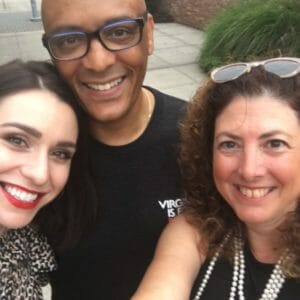 When I asked him about filmmaking, he said, “I’ve been passionate about making films since I was in elementary school back in the early 1970s. I used to make films on a Kodak Super 8 mm camera my father won in a raffle when I sold candy bars to play soccer in a youth club in Springfield, VA. I went to school and became and engineer and entrepreneur. I run an engineering company that manages the quality assurance programs for US and British Trident submarine fleets. ( I’m living proof it does not take a rocket scientist to be a rocket scientist). I also have a civil engineering firm, and hotel development company and run two non-profit organizations including the Stan Lee Foundation. Now I’m able to get back to pursuing my dream of writing and producing movies. TRI is my first feature film. There are many more to come.”

My next question was, “Are you a triathlete?”

He said, “My first triathlon was a mini-Sprint I did back in 2010. Since then, I’ve done many Olympic distance races, three Ironman 70.3’s and finished two full Ironman races (Lake Placid and Wisconsin). I became a USAT Level 1 Certified Coach in 2014. Currently training to complete my third Ironman in Chattanooga. I’ve experienc 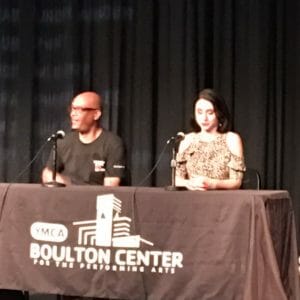 ed many of the challenges we see in the film.”

In addition to the movie, what made the evening very interesting was the panel conversation after the event. The Wildwood Warriors, a local Long Island tri team set up the event. Ted Adams III, Writer/Producer, along with Jensen Jacobs, the star of the film, were on hand answering questions. Three representatives from the Wildwood Warriors were also there.

So, is the film worth checking out?

Absolutely. There are showings around the country, but if you belong to a tri group, I’m sure you can arrange for a private filming. Email [email protected] or call (571) 403-3678. Their website is https://www.triforcure.com/.