When should you replace your bike helmet?

If you ask 100 people when to replace their bike helmet, most will say “never, unless it was in a crash.” It’s true that once you drop your bike helmet or once it has been in a crash, it needs to be replaced immediately. But did you know that if you’re a triathlete, you should be replacing your bike helmet once a year or once every other year? 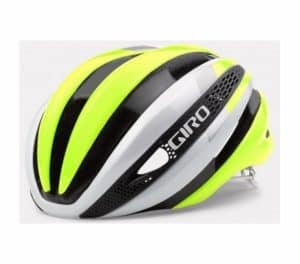 The majority of helmet companies’ policies suggest replacing a bike helmet every three years. However, according to Outside Magazine, between the sweat and the sun, if you use your bike helmet on a frequent basis, then it will need to be replaced more often. They recommend getting a new helmet once every two seasons.

Bike helmets aren’t sexy, but they are one of, if not, the most important pieces of gear you own. According to the American Association of Neurological Surgeons, 447,000 people experienced head trauma in 2009 and 86,000 of those were cyclists. Interestingly, football players only suffered 47,000 of those head injuries and baseball players experienced 38,394.

The Insurance Institute for Highway Safety say, the most serious injuries are to the head. Helmet use has reduced the injury rate by 85%. But it’s still not enough.

So how do you know if it’s time to replace your helmet?

As you would care for your bike, take the time out to inspect your helmet by following these steps:

If any of these components are in poor shape, then the helmet needs to be replaced.

When Buying a New Helmet 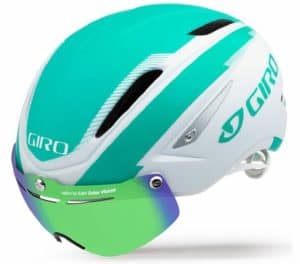 Many of the newer helmets are made with MIPS (multi-impact protection system), which was invented in 1996. These new helmets “employ a low-friction slip layer inside the helmet that dissipates the force of an impact by allowing the helmet to rotate around the head.” There are typically three components to every MIPS helmet – an interior foam liner; elastomeric attachment system; and low friction liner. With an impact, the helmet moves with your head reducing the impact enabling more chances to reduce concussive impact and traumatic brain injury.

Most of the companies today are employing this new technology including: Giro, POC, and Louis Garneau, among others.

When replacing your helmet, make sure to get one with MIPS. You may pay a little more, but don’t you think your safety and brain health is worth it?