I signed up last minute for the Spring Duathlon at Cedar Creek Park on Long Island. I typically like to sign up with my running partner, Marti DiPaola, but she was out of town so I went solo. 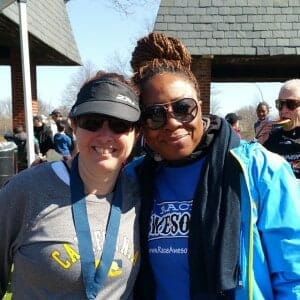 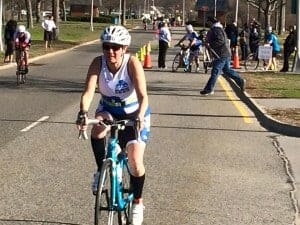 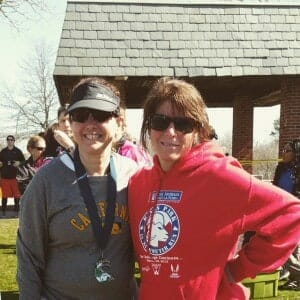 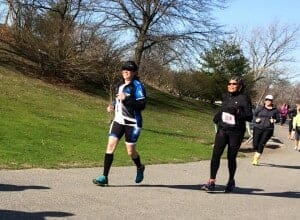 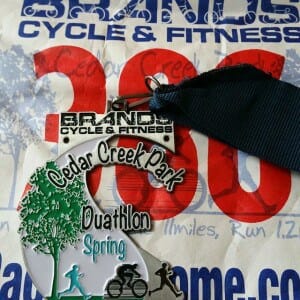 But, I really wasn’t solo because I practically knew everyone there. The one thing about the triathlon community on Long Island is that everyone knows each other.  There’s a camaraderie there that I haven’t seen with any other sport.  It’s really incredible!

As soon as I checked in, I saw my teammates from All Women’s Tri Team. After that, I saw friends I know who are on Wildwood Warriors, LITC, Runner’s Edge and Tri-Global.  Everyone was excited, cold and ready to get started.

The run portion of the race took off a little after 8:30 am. I felt strong on the run. According to my GPS, I ran the first mile in 8:54, which is great for me.  I was excited. I went into transition, changed quickly and got on my bike. There were plenty of people there. The route was a four loop route. The bike part was harder than I expected. There were a few hills and the back roads were broken up and a little scary to ride on.  I was a little afraid I was going to fall, but I didn’t.

After four rounds of riding and getting cheered by my teammates who were volunteering and by the head AWTT coach, Jackie Fahey, I was back in transition. It was now my last run. I was totally exhausted. My legs felt like jelly and I didn’t know if I could run the last mile. I saw so many people walking. I tried to push through the pain. I couldn’t. I had to walk a little. I kept trying to push myself harder. My coach, Danielle Sullivan of Iron Fit Endurance, told me I have a day off on Monday.  I could do this. I’ve run many miles without walking. I could do this.

I got to the end and saw a woman who was walking/running along side me. She was ahead of me. Her teammate was behind me.  “You only have a 100 yards to go,” she said to her teammate. I knew I needed to come in before the teammate. I pushed one last time and crossed the finish line.  As I did, I saw my friend and one of the leaders of the All Women’s Tri Team, Lisa Laws. She gave me a hug. My teammates all gave me a high five. It felt great to get their support.

I was given a cool medal and a bottle of water. That’s the first time I drank since I tried to drink on the ride. I downed the water. I was so thirsty. My legs were burning and cramping.

I went over to my friend, Constance Korol’s booth. She was giving out yoga lessons and stretching out some of the runners. I rolled out on the rollers and stretched out the way Sharon Levy of Excel PT showed me how.

After the awards, and I must say I was so excited to see my friend Christine Grayon win third place overall, I walked over to my car and loaded it up.

I called Danielle to talk about the race. “How did you do?” she asked. I told her. I didn’t come in last but I didn’t place either. It just felt good, I explained.

“Well, you have a day off tomorrow to recover,” she said.  “I’m really glad you did this.”

Later on, I got an email from Danielle saying: “second run at 10:17…this is REALLY awesome Hilary!  I am so impressed that you were able to hold this pace off the bike, after having run already!  this was a REALLY positive day for you!!!!!”  She really made me feel so good…