Swimming with a Masters Class

Getting up at 5 am is rough. It’s just hard to get up, especially when you are up and down most nights! 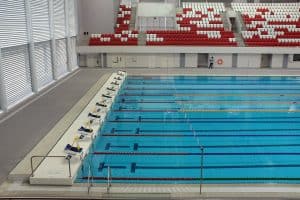 However, the Masters Swim class is held on Wednesdays at 6:30 and runs until 7:45 am and, since my friend, Maggie Stovickova Skrine coaches, I try to get there. Maggie coaches for Tarps Total Training at the Aquatic Center at Eisenhower Park.

The other day, was one of those rough days. I jumped in the pool a little late and didn’t get a chance to warm up so I used the drills to warm up. There were six people in my lane, which was 50 meters in length. This guy, Bill, lead the lane, followed by Donna and another woman. I followed and quickly moved up to swim behind Donna. The problem with the group is that we all swim around the same pace so there are times where we are all on top of each other. I decided after that happened several times, to take 15 seconds in between so that Donna or Bill or Steve or whoever, had plenty of time to take off. 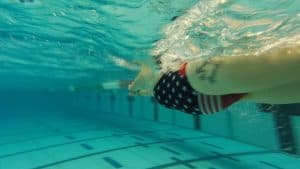 “What?” I don’t know why I couldn’t comprehend… maybe it was not enough sleep, maybe it was too early in the morning.

We took off. The first 250, I wore my flippers. I don’t know why I thought she said wear flippers so, I wore them. I went last and quickly caught up and passed each and every member of the group. Bill, the fastest swimmer who also was a collegiate swimmer, gave me such a strange look in the water as I passed him. When I was finished and I was so way ahead of everyone, Maggie said, “Ok, now take off your flippers.”

“Because you’re the only one wearing them,” she said. I took them off. I still had a long way to go and was forcing myself to move forward.

After the second 250, three of the swimmers left to get ready for work. Steve, Bill and I were left and still had plenty to go.

“Do you think Jesus will help?” she said.

“I can pray and hope so,” I said and smiled.

I finished with swimming 2,460 yards and feeling completely and utterly pooped!