Swimming in the Open Water in the Winter 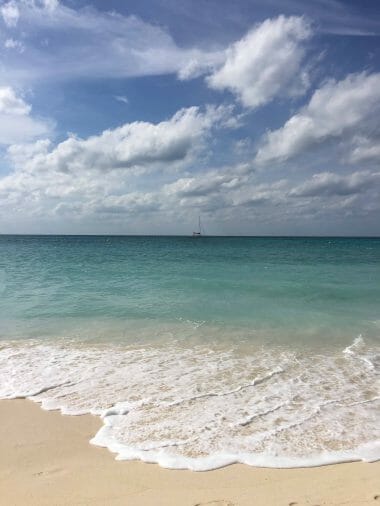 I went to Grand Cayman, Mexico and Cuba on a cruise. My goal with this trip was to try to get in as much open water swimming as possible. I registered for St. Anthony’s Triathlon in April for Team in Training, which is the team that raises money for the Leukemia and Lymphoma Society and I want to have a PR here.

When we got to the Grand Cayman, I was psyched. They had a seven mile beach, which according to the locals was only 5 miles, but I didn’t care. I wanted to swim!

We got to a gorgeous beach at the Westin Hotel and between the white sand and the turquoise blue water, I felt like I died and gone to heaven. I got in the water. The current was ridiculously strong, much stronger than I was used to. As I tried to swim, the current just pulled me. I felt like I just couldn’t do it without getting dragged out to sea. Again, I tried and no luck. I gave up.

The next day, we were at Costa Maya. We ended up on a beach. However, it was low tide and the deepest I was able to go out was up to my waste. At first, I felt defeated. This isn’t going to happen, I thought. I went for it and I’m so glad I did. 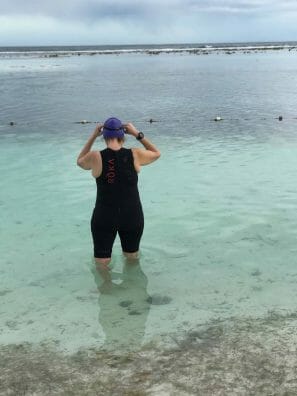 I swam back and forth between buoys and saw a stingray, gorgeous schools of fish and more! The coral was incredible too. I secretly wished that every open water experience was like this.

And the next day…

The next day was even better. We arrived in Cozumel early and headed to a park with a beach. This was a snorkel beach. It was extremely difficult to get into the water but once you were in, it was incredible. There were fish of every color – blue, green, pink, orange, white and a combination of all. At one point, I was swimming and a huge fish was following me. He was swimming alongside me. It started to freak me out a bit, so I turned around and started kicking furiously to go past the fish.

When it’s freezing in New York and all you can do is swim in the pool, there’s nothing better than to go down south and swim in the open water. It really is an amazing treat.