I have been talking with David Belaga, President and CEO of The Right Stuff for a while now. He is located on Long Island and we have a few friends in common. During a recent conversation, he told me he would send me a couple of samples to review for this blog. He explained that his product is specifically for performance.

Anything to help my performance would be an asset so I agreed to test it out.

The Right Stuff for Performance 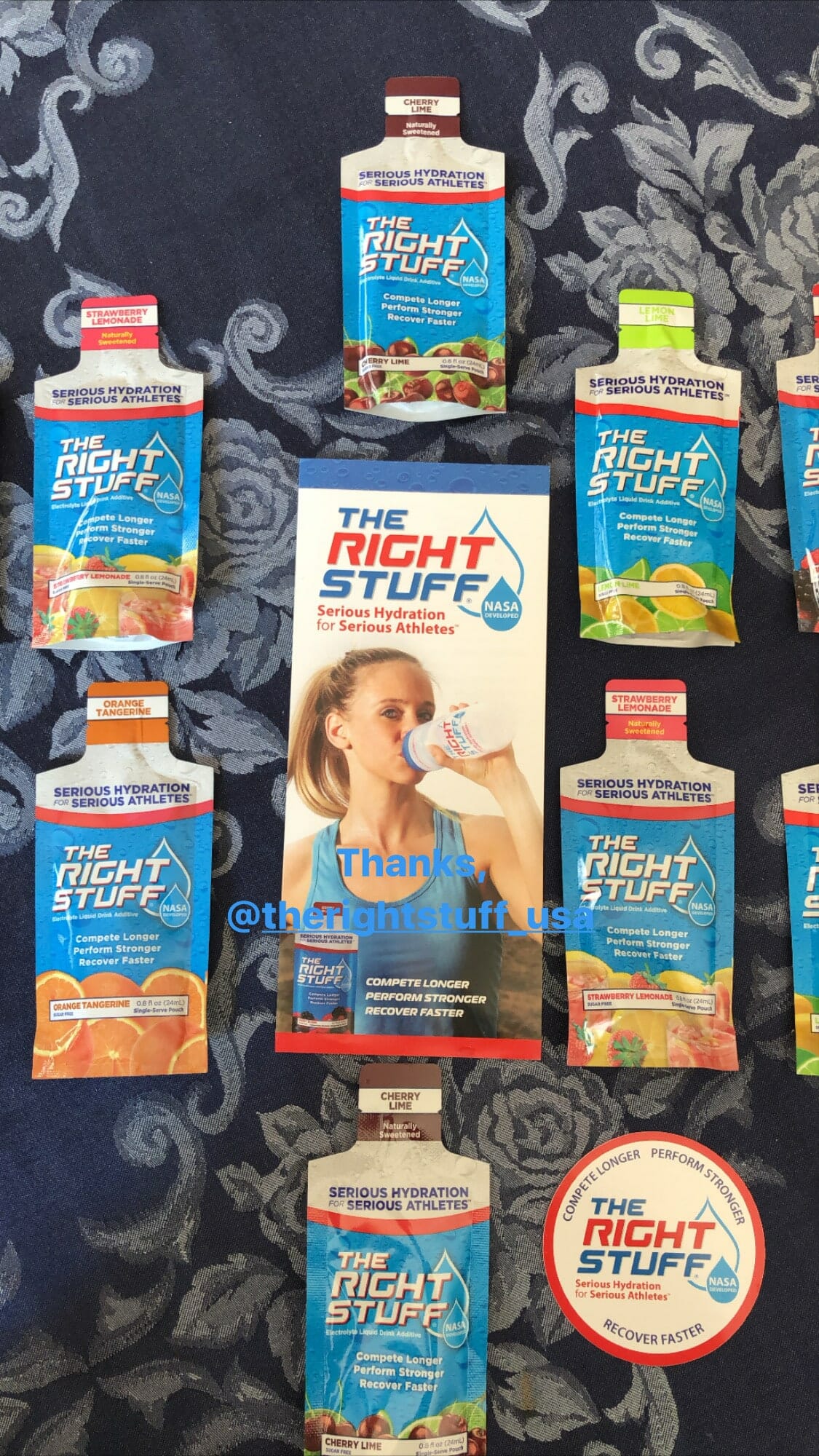 “Hilary, this is a performance aid. The Right Stuff should not be compared to Gatorade,” David Balega told me.

He explained that an Ironman triathlete went from a 14-hour to a 12-hour Ironman. He also said that a mom of four who ran marathons wanted to PR her time of 1:20 on a half marathon. After testing out the product, she finished in 1 hour and 8 minutes! Now, I was excited!

The Right Stuff was originally developed by NASA. It took years of clinical studies and trials before the formula was perfected. Scientifically, it helps alleviate cramps, dizziness, etc. that comes with dehydration. But what it really does, is it helps prevent you from overheating.

The Right Stuff is specifically for endurance athletes and aids not only in training but also in recovery.

David told me to test it out 10 minutes into my workout. “Mix with cold water and ice,” he said. “Then sip.”

He explained that The Right Stuff not only helps act as a GI buffer (for GI distress, which we all have) but it also acts as a blood buffer. 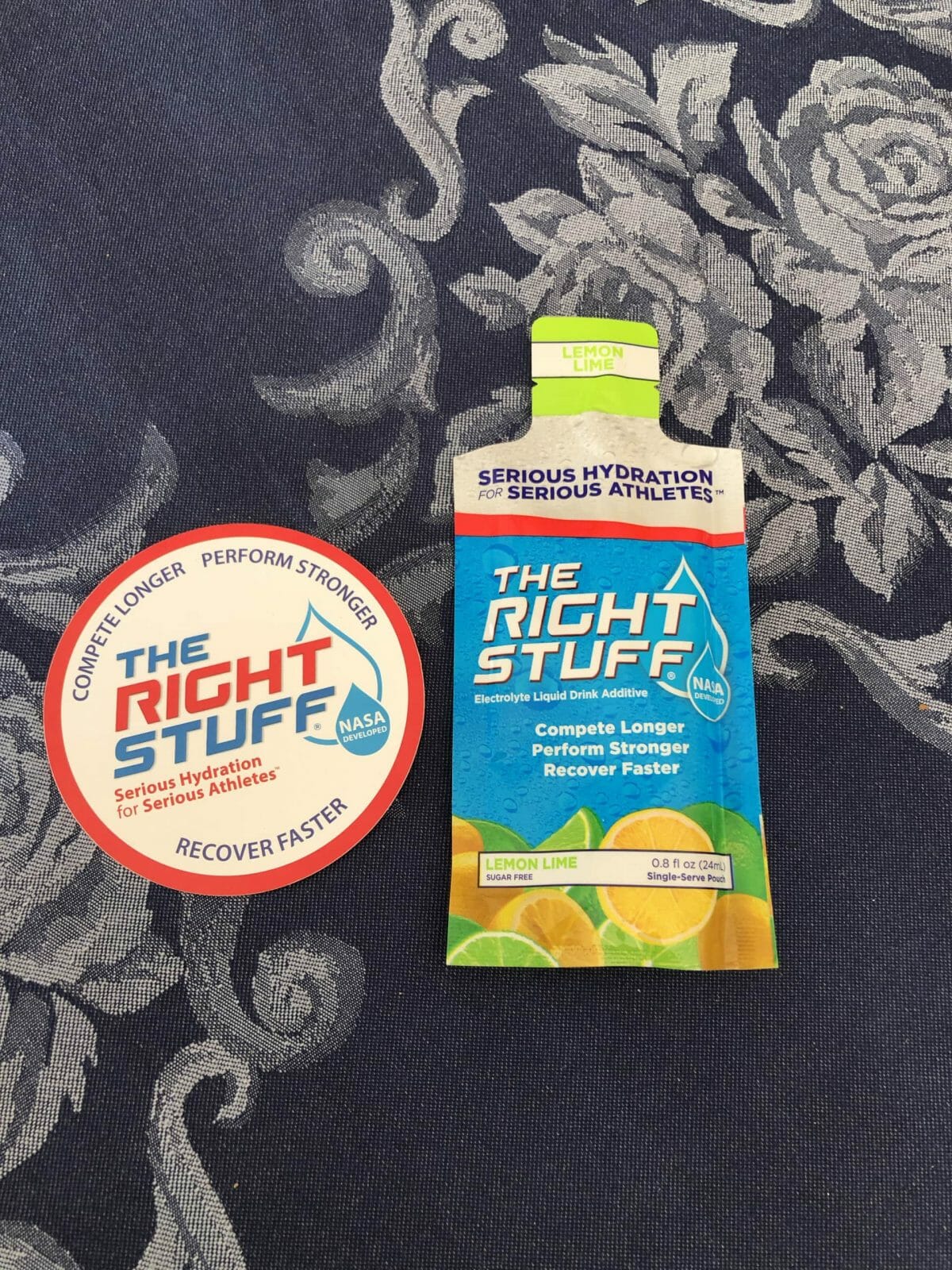 Although David Balega told me not to test by flavor, I feel I must mention here.  I liked the taste of The Right Stuff. I realized I had tried one a few years back. Now, I don’t know if it’s because my tastes have changed but I actually enjoyed drinking The Right Stuff. I sampled the Berry Blend, Cherry Lime, Lemonade, Lemon Lime, Orange Tangerine, and the Strawberry Lemonade.

My favorite flavors were the Lemonade, Orange Tangerine, and the Strawberry Lemonade. There was a slight taste of salt but they also tasted sweet to me. What I loved was that it tasted clean. It is not cloudy and is perfectly clear.

The other thing I loved was that it used monk fruit, which is my go-to sugar substitute because it’s all-natural and doesn’t have an after taste.

Taking it to the Test

I mixed one pouch with 16 to 20 ounces of water and added some cubes to keep it cold. Within 10 minutes into my exercise, I started taking sips. I sipped throughout the workout and felt great during and after the workout.

Ever since I started The Right Stuff, I’ve been using it for all of my workouts that last more than an hour. I definitely feel a difference. I feel like I have more energy and could go longer, harder.

Between all the supporting research, the taste and how it makes me feel during a workout, I would highly recommend this product. Thanks, David for sharing with me!