Swimming with the Fish in Ft. Lauderdale

I had just finished the Open Water Swim Long Island Fire Island Swim and was in Pompano Beach, Florida. The temperature was 101 degrees Fahrenheit and I was sweating. I desperately wanted to go for an open water swim on the beach.

I brought my ROKA wetsuit, my Sable goggles, my nose plugs and custom earplugs all down to the beach. It was hot.

“You’re not going to need that wetsuit,” my neighbor sitting on the next beach chair told me. “It’s like a bathtub.”

“Boston but now we live in New Jersey,” the woman said. “I’m telling you, you don’t need your wetsuit.”

I went to the water and let the waves splash on my feet. The water was luke warm. She was right.

I went back and got my goggles and rest of my gear and went into the water. My brother’s son, Jacob was with me. 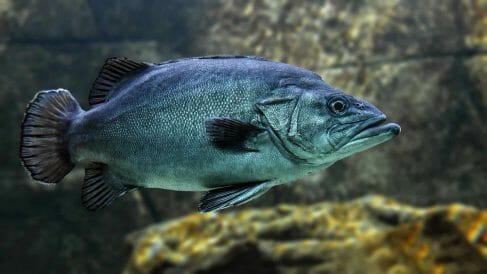 “Do you want to swim with me down to the dock?” I asked him. I didn’t know what type of a swimmer he was but I figured since he lives in Florida, he must be good.

We swam. I kept looking for him. He was right behind me. I put on my GPS on my Garmin but it didn’t work. “Urrrgh, this freaking Garmin never works when I want it to,” I screamed.

I stopped and turned off the Garmin. I turned it back on. I’m going to try this… It still didn’t work. I turned on the running app, as if I were running. At least I will get an accurate account for the distance.

Jacob kept going with me. He was swimming well. Then I noticed he stopped and started walking. I wondered why he was walking but I didn’t question it. I loved him being with me.

The pier was further than I thought. I kept swimming. Jacob was now walking alongside me on the beach. He stayed with me as I approached the pier. It was a good mile away from where we were situated. The Marriott was close to the lighthouse but not so close to the pier.

I decided to turn around. Jacob was happy. He had enough. I started to swim back but the current was rough. He walked on the beach and before long, I didn’t see him.

I looked down and saw a school of fish beneath me. Look at this, I thought. They are following me. I’m swimming with the fish! There were about a dozen of them.

I turned and the fish followed. I turned again and there they were, right beside me. “Why are they following me?” I thought. I couldn’t understand it. They seemed to be so happy following me.

I’m swimming with the fish. Maybe I’m the big momma fish, I thought. Maybe that’s why they are following me.

I wished I had an underwater camera.

I went further out. They continued to follow me. Okay, now it’s about 15 minutes or so and they are still following me. What the heck is going on here?

At this point, I started to freak. I stood in the water and I can feel them circling my feet. Okay, this is strange. What are they doing?

Do I really want to be cremated and put in the water… hmmmm…. I don’t know… I don’t think so. I don’t want little fish nibbling away… Or do I?

I swam as fast as I could against the current to get away from them. They all had smiles on their faces… ha… they liked me. They thought I was their mother. Well, I’m not! I swam to shore and said, “Screw it. I had enough of these fish….” At least in the north, you don’t see them so you don’t know any better.

I left the water. The sand was hot. What was I afraid of? A dozen fish? Really? It was fun for a short time swimming with the fish but after 2 miles, I was glad to be out of the water!